A new law for Massachusetts drivers has gone into effect on April 7, 2015, regarding the use of headlights in inclement weather.

The new law, M.G.L. c. 85, § 15, requires motorists to turn on their headlights when driving conditions call for the use of windshield wipers.

Former Governor Deval Patrick signed the bill on January 7, 2015, along with a number of other pieces of legislation, before he left office.

Supporters say the new law will improve road safety as other automobiles can be difficult to distinguish when weather conditions create poor visibility, even during the daylight hours.

Several other states already require the use of headlights when windshield wipers are in use.

Beginning on April 7, police officers can pull drivers in Massachusetts over for failing to comply with the new headlight law.

If insureds receive a ticket for failing to comply with the new law, the violation carries a nominal fee.

Perhaps more importantly, however, is that it is considered a surchargeable violation, which may result in increased insurance premiums for policyholders at the time of renewal.

In light of the potential financial consequences to your policyholders, review the language of the new law to help prepare your insureds.

Be it enacted by the Senate and House of Representatives in General Court assembled, and by the authority of the same as follows:

A vehicle, whether stationary or in motion, on a public way, shall have attached to it headlights and taillights which shall be turned on by the vehicle operator and so displayed as to be visible from the front and rear during the period of ½ hour after sunset to ½ hour before sunrise; provided, however, that such headlights and taillights shall be turned on by the vehicle operator at all other times when, due to insufficient light or unfavorable atmospheric conditions, visibility is reduced such that persons or vehicles on the roadway are not clearly discernible at a distance of 500 feet or when the vehicle’s windshield wipers are needed; provided further, that this section shall not apply to a vehicle carrying hay or straw for the purpose of transporting persons on a hayride shall display only electrically operated lights which shall be 2 flashing amber lights to the front and 2 flashing red lights to the rear, each of which shall be at least 6 inches in diameter and mounted 6 feet from the ground. 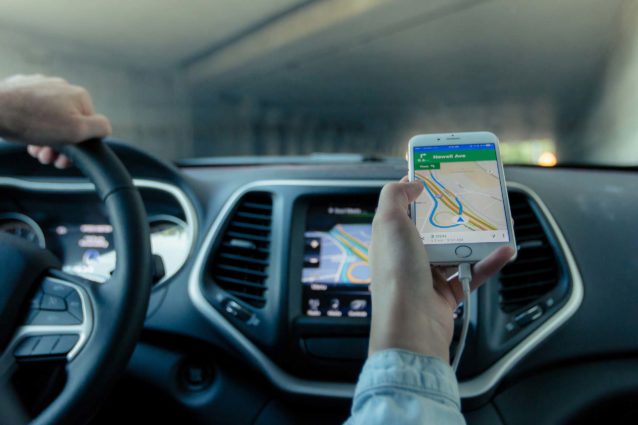 No use of hand held electronic devices capable of providing voice or data communication while driving or temporarily halted in traffic for a stop sign or traffic signal or other momentary delays.